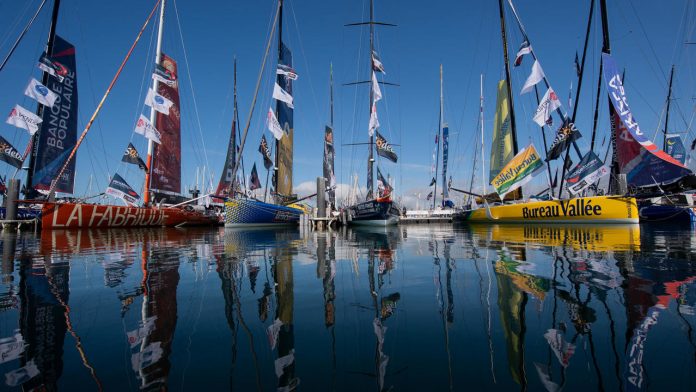 The launch of the 9th Vendée Globe, the worldwide voyage around the world, takes place as planned on November 8 despite a new shutdown of coronavirus in France, organizers announced on Thursday.

The coastal town of Sables-d’Olonne, where the 33 monohulls are stationed, will lock down at midnight on Thursday and no followers will be allowed to witness the start.

“The launch of the Vendée Globe will take place as planned on November 8 at 13:02 behind closed doors without an audience,” organizers said on their website a day after French President Emmanuel Macron announced a new national shutdown for camp Covid19.

The launch, which attracted 300,000 people in 2016, is broadcast live on the official website and on “several” TV channels.

“The Vendée Globe 2020-2021 will remain a symbol of our will to continue living, despite the difficulties our country is going through and in strict compliance with the sanitary rules set by the state,” said the organizers.

Originally, there was a limit of 5,000 visitors to the village, which opened on October 17, and to 9,000 people along the canal on the day of departure.

This is in stark contrast to the 2.25 million people who normally visit the village in the weeks leading up to departure.

In 2016, the immediate financial benefits were estimated at 35 million euros ($ 41 million) by the organizers.

Thirty-three skippers are involved in this race, which was won for Frenchman Armel Le Cleac’h four years ago.