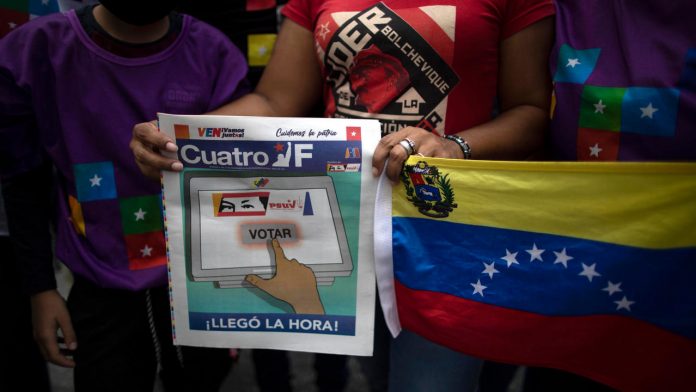 Polling stations in Venezuela open Sunday to elect members of the National Assembly in a vote that President Nicolás Maduro fights but is rejected as a fraud by the country’s most influential opposition politicians.

Maduro tries to pack the congregation with members of his united socialist party in Venezuela and capture the last government institution out of reach. Critics say this will stifle the last remnants of democracy in Venezuela.

An opposition coalition led by US politician Juan Guaidó is boycotting the vote.

The Supreme Court – loyal to Maduro – this year appointed a new election commission, including three members sanctioned by the United States and Canada, without the participation of the opposition-led Congress, as required by law. The court also took over three leading opposition parties and appointed new leaders whom the opposition accuses of conspiring to support Maduro.

It is unclear whether either vote will draw the masses, as neither Maduro nor Guaidó are popular with Venezuelans, as the country’s economic and political crisis deepens despite its large oil reserves.

The South American nation is embroiled in a deepening political and economic crisis, despite having the world’s largest oil reserves.

More than 5 million people have fled the country in recent years, the world’s largest migration after war-torn Syria. The International Monetary Fund estimates a 25% decline in Venezuela’s GDP this year, while hyperinflation reduces the value of its currency, the bolivar.

Maduro, the hand-picked successor to the late President Hugo Chávez, won a second term in 2018. But his political opponents and several nations, including the United States, reject his legitimacy after banning the most popular challengers.

Washington has sanctioned Maduro and his political allies, and the US Justice Department has indicted Maduro as a “drug terrorist” and is offering a $ 15 million reward for his arrest.

(1/3) “Free and fair elections are the foundation of democracy. The illegal Maduro regime continues to undermine democracy by holding false parliamentary elections tomorrow.

On Saturday, the White House National Security Council said the election scheduled for Sunday was fraudulent.

“This election only serves to keep Maduro in power and does nothing to build a better future for the people of Venezuela,” the council tweeted. “The United States will continue its unwavering demands for freedom, fundamental human rights, the rule of law and truly fair elections in Venezuela. “

Maduro remains in power with support from Venezuela’s military and international support from countries such as Iran, Russia, China and Cuba. Maduro’s domestic allies also control the Supreme Court, the prosecutor’s office and the election commission.

International bodies such as the European Union have refused to send observers to Sunday’s elections, saying the conditions for a democratic process do not exist.