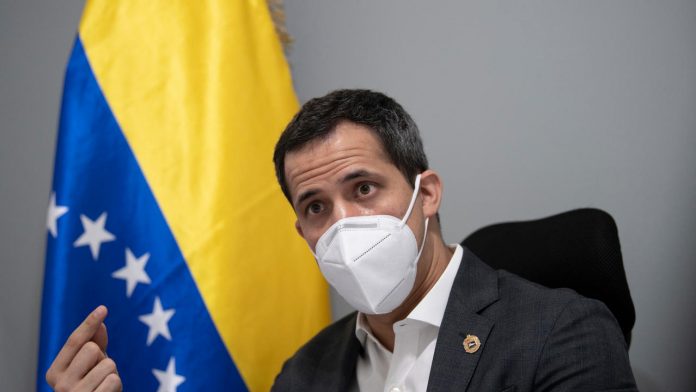 Juan Guaido, Venezuela’s opposition leader and self-proclaimed interim president, has demanded a boycott of legislative elections on Sunday, according to a move that critics say will consolidate President Nicolas Maduro’s grip on power and leave Guaido out in the political cold.

Eight years into a devastating economic crisis, Venezuelans are going to the polls on Sunday in the parliamentary elections where the ruling Socialist Party and its allies are running almost unchallenged.

As a result, President Maduro’s camp is ready to take control of the National Assembly, the only institution not yet in its hands.

“I know we will have a great triumph. I know!” a confident Maduro told of an election rally this week.

“We will solve the problems we have with the new National Assembly. The opposition, the extremist right, has no plan for the country,” added the Venezuelan president, whose 30-year-old son is fighting for a seat.

Venezuela’s National Assembly is currently the only control of the president’s power, although its decision is routinely overturned by the Maduro – friendly Supreme Court and bypasses the Constituent Assembly, whose members were elected in 2017 in a vote also boycotted by the opposition.

Sunday’s defeat could potentially leave the opposition out in the political cold, despite its leader Guaido, the current Speaker of the National Assembly, being recognized by more than 50 countries as Venezuela’s interim president.

Guaido, 37, called for a boycott in August because “free and fair” conditions for holding elections do not exist. He called Sunday’s poll “a scam”.

Instead, the self-appointed interim president and his allies are planning a week-long referendum from Monday to seek public support to extend the mandate of the current National Assembly.

“Guaido’s coalition has come up with the idea of ​​restoring some legitimacy to his interim presidency,” said Miami-based political analyst Aquiles Este in an interview with FRANCE 24.

“But what I would like to know as a Venezuelan citizen is how do we continue the fight against the mafia that is currently in power?” Este allowed. “The opposition must find alternative solutions, because Guaido will simply be shut down after December 6.”

Maduro, a former bus driver who became president at the death of his mentor Hugo Chavez in 2013, was re-elected in 2018 in fraudulent votes, a victory that a large part of the international community branded illegal.

The United States, the European Union, and many Latin American countries have long blamed Venezuela’s devastating economic crisis on Maduro’s oppression and mismanagement.

Instead, they supported Guaido when National Assembly speakers declared themselves interim presidents in January last year.

Initial enthusiasm, however, has waned with critics seeing Guaido’s crowd as a desperate game.

“Relations between Guaido and his international sponsors have cooled considerably,” Jean-Jacques Kourliandsky, a Latin American specialist, told Jowharin an interview last month. True to his preference for strong men and “winners”, [US President] Donald Trump now sees Guaido as a “loser”. ”

According to Este, the same perception is also spread among the Venezuelan public.

“The opposition has never looked so weak in the eyes of the public,” he said. “Guaido arrived with a promise to chase Maduro out of Miraflore’s presidential palace, but he has been unable to do so.”

A boost for Maduro’s global position?

Victory on Sunday will give Maduro an important validation in the eyes of his foreign allies, helping his regime circumvent US and EU sanctions, according to Luis Vicente Leon, head of voter Datanalisis.

“He does not look to the United States or Europe to recognize him (…). He wants China to feel that there is an institutional framework that can support agreements such as oil or infrastructure,” Leon told AFP.

Allies such as Russia, India, Mexico and Turkey will feel equally at ease, Leon said.

The Electoral Commission, appointed by the Supreme Court, said more than 20 million people had the right to vote in the disputed votes.

Maduro’s ruling party strategists have mobilized the party machine to call for a large turnout on Sunday. However, opinion polls are expected to be as low as 30 percent.

“It’s going to be a war of opinion,” said Felix Seijas of Delphos. The opposition expects a low turnout to undermine Maduro, who must show that public opinion has turned away from Guaido.

But a desperately low turnout could hurt both sides, warns Este and cements the political irrelevance of the opposition.

“The expected turnout shows how little interest and credibility this divided opposition currently commands,” Este explained. “Today, the priority for the Venezuelan people is to survive.”

No more “carte blache” for Guaido

Opposition dissidents who criticize Guaido for calling the boycott will run in the election, despite being accused of lending Maduro legitimacy.

“They will represent the new opposition after January 5,” when the new legislator takes office, political scientist Jesus Castillo told AFP.

Analysts say the Guaido-led opposition lacks direction and has made a mistake in placing too much emphasis on its pursuit of international support.

Guaido has called for increased sanctions from the United States and the European Union, although a survey by Datanalisis showed that 71 percent of Venezuelans oppose more crippling sanctions.

Countries adapted to Guaido will reject the result, Seijas said. “But how powerful? If the rejection is not powerful, the morale of the opposition will drop further.”

“They feel that recognition, without choice, without validation, is like appointing an emperor.”

The opposition is already divided over a certain boycott, Leon said.

“You offer a discontinued voice that leads nowhere but to the same place you are already in,” the analyst said. “The only thing you manage to preserve is a temporary government that is symbolic.”