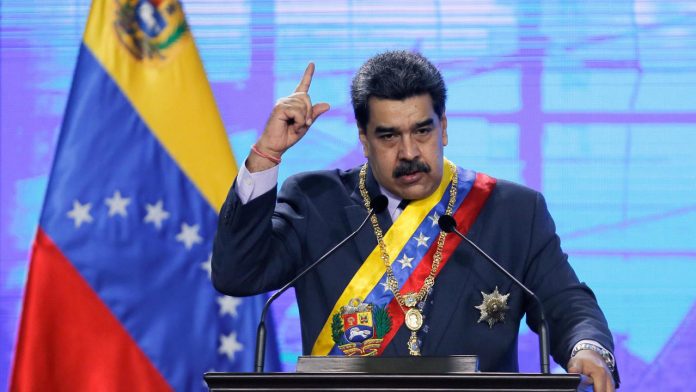 Venezuelan President Nicolas Maduro said on Saturday that he was willing to “turn the page” with the United States under President Joe Biden and demand a “new path” after years of tension with Donald Trump’s White House.

“We are willing to take a new path in our relationship with Joe Biden’s government based on mutual respect, dialogue, communication and understanding,” the left-wing leader told supporters, adding that he “is willing to turn the page” with the new US government. .

The Trump administration had imposed several economic sanctions on Venezuela, including an oil embargo in place since 2019, in an attempt to overthrow Maduro’s socialist regime, which the United States has labeled a dictator.

After years of a frosty relationship, Caracas and Washington completely broke diplomatic ties on January 23, 2019, when the US government recognized opposition leader Juan Guaido as Venezuela’s interim president.

After Biden won the US presidential election in November, Maduro congratulated the longtime politician, saying that Venezuela was “ready for dialogue and good understanding with the US people and government” and reiterated these sentiments again in December.

Analysts believe the Biden administration will take a more moderate stance on Venezuela and will support international mediation for the transition to a new government.

With that said, Biden’s nominee for Secretary of State Anthony Blinken has already described Maduro as a “brutal dictator” and during his confirmation of the Senate’s confirmation, he said he supported Trump’s policy of supporting Guaido.

The renewed support for Guaido follows the demise of a new pro-Maduro Venezuelan National Assembly after the December elections were boycotted by the opposition, which claimed fraud.

The new parliament technically left Guaido, the former speaker of the House, out of work, although he plans to maintain a parallel group of shadow opposition legislators who have received foreign support.

According to the UN, more than five million Venezuelans have left the country since 2015 on the run from political and economic unrest.