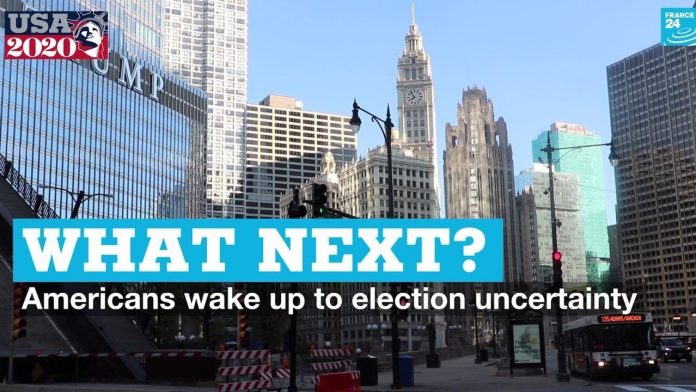 The vote may be over, but the outcome of the US presidential election is far from clear. Here in Chicago, as well as across the country, many woke up after a late night and saw the result as a cloud of uncertainty hanging over the nation.

“That’s why I’m on the go, I need to take away the stress,” says Jenny, a market analyst. “I think everyone’s just pretty divided, just like the last election … Just still processing my thoughts and trying to go on the run just to clear my head.”

The result of the election may not be known for several days and some fear the impact that a prolonged vote could have on a divided nation.

“I do not know. The chance is a good riot, in one way or another,” said construction worker John on his way to work early Wednesday morning.

“To be honest, I have a pretty good feeling that they were waiting for this moment instead of telling everyone [the results] at midnight because there would be riots. “

But others are happy to just wait and see.

“I’d rather they get it right than come up with the wrong results right away,” Joe said as he prepared to open the bar and restaurant he runs in downtown Chicago. “So they got time.”