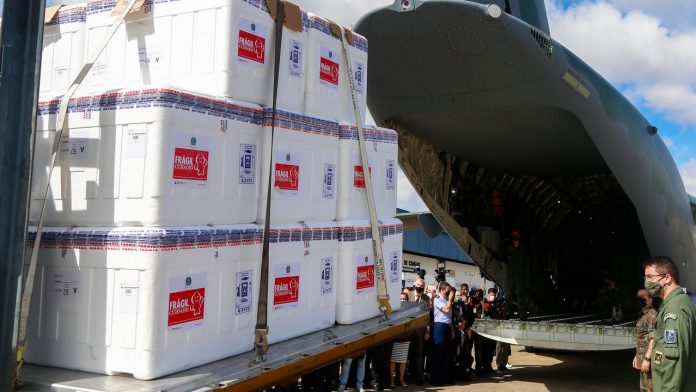 The world powers are competing for Covid-19 vaccines, with national interests taking precedence over the World Health Organization’s call for multilateralism. But when Western countries turn inward, China exports inoculations and expands its soft power.

During the Covid-19 pandemic, the race to develop and obtain vaccines, issues of prestige, rivalry and soft power has made the world powers compete rather than work together.

The first competition was to produce a vaccine, which was considered a miracle cure for a pandemic that has plagued the world for more than a year. UNITED KINGDOM, USA, a partnership between the USA and Germany, China and Russia were the big winners at this stage of the game and produced respective vaccines manufactured by AstraZeneca, Moderna, Pfizer / BioNTech, Sinovac and Sinopharm and Sputnik-5.

But the challenge now is to vaccinate the population of each nation. Israel is the current leader in the inoculation race with a third of the population receiving at least one dose of a vaccine.

“This is a real achievement for Israel. They really paid for the vaccine, but they now have a record vaccination rate. There will be elections soon and that is a big plus for the Prime Minister (Benjamin Netanyahu), who faces challenges on other issues,” to go before voters with a high proportion of the population who have already been vaccinated, says Pascal Boniface, head of the French thin tank Institute for International and Strategic Relations, to FRANCE 24.

Such an analysis reflects the fact that people in Israel and around the world are anxious to put an end to the restrictive health measures that have disrupted their lives for several months. The political future of many leaders thus depends on their ability to deliver vaccines and stop the spread of Covid-19 in their countries.

The start of a vaccine shortage in the EU and the recent agreement between European Commission President Ursula von der Leyen and AstraZeneca, which announced delays in the delivery of their jabs, illustrate tensions over the availability of vaccines.

“The issue of delivery has become a real political issue,” Amandine Crespy, a political scientist at the Free University of Brussels, told FRANCE 24. “For Boris Johnson, it is important to be at the forefront of this vaccine race to show that even outside the EU The United Kingdom has not lost its ability to act and can relocate to protect its people as well or even better than Brussels would have done. “

“A scent of the Cold War”

In addition to domestic political considerations, the vaccine’s geopolitics outlines areas of error that were considered to be a thing of the past. Western countries swear by their vaccines and claim on the one hand that they own them, while China and Russia on the other hand try to compete with the Western powers.

“This strategic rivalry clearly has the scent of the Cold War,” Boniface said. It is no coincidence that Russia called its vaccine “Sputnik”. It reminds us of the “Sputnik moment”, when the Russians launched their own rocket into space in 1957 to the great surprise of the Americans, who thought for a moment that they were outclassed by the Soviet Union. ”

China saw economic gains even before the Covid-19 vaccine race warmed up. It is the only country among the world’s largest economies to have had positive growth by 2020, at a rate of over two percent. The slowdown in the US and European economies led to more imports of China-made products, leading to a record trade surplus for Beijing of more than $ 70 billion in November last year.

But it is mainly within the soft power that China has been able to take full advantage of the health crisis by filling the void left by the West in developing countries. While the WHO already last spring advocated that the countries of the world should have equal access to vaccination and created the Covax mechanism to make it possible, national interests won.

“We can see that it is not WHO-style multilateralism that prevails, but rather every man-for-himself,” Boniface said. “There is a very visible north-south aspect. Although there was a discourse about the vaccine as a ‘generally good’, Western countries bought 90 percent of the doses of the two American vaccines. This will leave scars and resentment in the countries of the south. . “

>> WHO warns the distribution of vaccinations between nations is deteriorating, the situation could backfire

This is confirmed by the latest statements by South African President Cyril Ramaphosa, who strongly criticized the West during the World Economic Forum. “Rich countries have bought large amounts of vaccine doses. Their goal was to accumulate these vaccines and this is done to the detriment of other countries in the world that need them most,” he said.

But China, for its part, has taken the opposite view. President Xi Jinping stated that all vaccines developed by China were intended to become a “global public” in his speech to the World Health Assembly on May 18.

If exports are the indicator, eight months later, China is on track to realize that promise. China already provides vaccines to Brazil, Indonesia, the United Arab Emirates, Turkey, Peru and Chile. Morocco will have priority access to 10 million doses of Sinopharm in exchange for participating in Phase 3 trials, and Botswana and the Democratic Republic of Congo are in talks with Sinopharm.

>> Where does Africa stand in the Covid-19 vaccine race?

“In its vaccine diplomacy, China has extremely important assets with several vaccines, large production capacity, vaccines that are sometimes easier to use and, above all, a very clear priority: to deliver developing countries fairly quickly,” Antoine Bondaz, a researcher at the Foundation for Strategic Research for FRANCE 24.

The delivery of millions of Covid-19 vaccines is the latest chapter in China’s decades-long “health diplomacy” efforts, Bondaz said.

China’s health diplomacy began in the early 1960s but was significantly strengthened in recent years by the Ebola crisis, the launch of the Health Silk Road and now the Covid-19 pandemic. While China’s image has deteriorated significantly in recent months in the West, it is very different in developing countries, where China’s soft power is gaining more and more ground. ”

Complete studies of Chinese-made vaccines are not yet available, which means that the value of vaccination has not yet been determined. If the vaccines prove ineffective or dangerous, it could undermine all of China’s efforts to help countries inoculate their populations – and to help themselves.