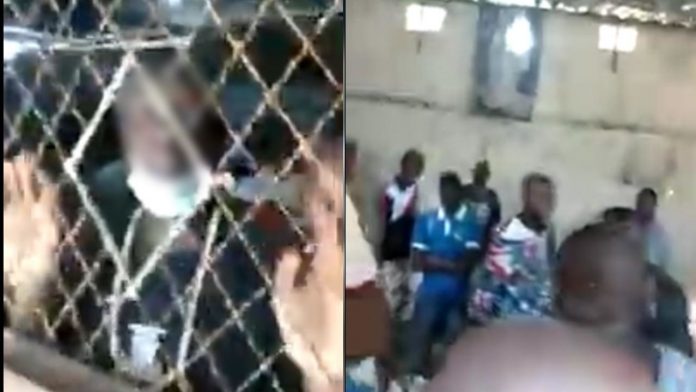 Senegalese police carried out raids on 26 and 28 November at several penitentiary facilities where hundreds of people, only teenagers, were being held. These private reform centers, run by supporters of religious leader and politician Serigne Modou Kara, claim to put curious young people back on track. But according to a statement from the police, the people in these facilities were treated and sometimes even tortured.

People across Senegal have expressed shock and horror over videos posted online showing the degrading conditions in which people were held in private reform centers run by Serigne Modou Kara, an influential religious leader of the Mouride Muslim Brotherhood and president of the Fest for Truth and Politics movement. development.

One of the films published on the side of the online media Limametti shows dozens of people trapped in a room with barred windows in what looks like an abandoned house.

“It’s a private prison,” says one.

“We have experienced horror,” says another.

Police said in a statement on Sunday, December 2, that they had freed 353 people between the ages of 17 and 42 who were being held in three different penitentiary facilities in a suburb of Dakar run by religious leaders. The people had “been subjected to strict surveillance under terrible conditions and were visibly suffering from disease and severe malnutrition,” the statement said.

Koranic schools called “daaras”, where children receive a religious education, are widespread in Senegal. Religious leaders are often accused of forcing children to beg for their profits. But the reform centers run by Serigne Modou Kara are something completely different, says Sadikh Niass, secretary general of the African Network for the Defense of Human Rights, a non-governmental organization based in Dakar.

We were really shocked when we saw the movies from these centers. We struggle to understand how such facilities worked without the government’s knowledge.

The young people who were held there were beaten. Their dignity was violated. It is important that people who are abused get justice. As a civil society organization, we demand that investigations be carried out and that those responsible for this crime be identified and taken to court.

In Senegal, there are many of them who are run by marabouts or other religious leaders. These are centers where young people are educated. It is a well-known tradition. In rural communities, it is voluntary to participate in one of these educational institutions. (Pass sure si j’ai bien traduit cette fras) But this is the first time we have seen centers where people are tortured. The parents who send their children (this is very strange to say “children” if those rescued from these centers were between 17 and 42 years old) to these places were not aware of what is really happening.

A total of 43 close relatives of the religious leader were arrested on charges of criminal association and human trafficking, according to the police statement. Serigne Modou Kara’s communications team denied the allegations in a statement published on November 30 and shared by the French news agency AFP. Kara herself has not been examined.

“These reform centers welcome victims of drugs, young people from the criminal justice system and those with mental illness” (Can also say “mental deficiencies” because it is a more direct translation)

The “satisfactory results” of these centers resulted in an increase in population and caused “overcrowding” and “lack of resources”, Kara claimed. Mother Daga Sylla, communications manager for a Dakar mosque with close ties to Serigne. Modou Kara also said he was shocked by what happened in the center:

Marabouten’s supporters really acted incorrectly. When you send young people to reform centers, they are usually treated well. It is the parents who send their children to these facilities when they have drug problems or if they are not on the right track. I myself have sent young people to these centers before. I was quite surprised by what I saw on social media.