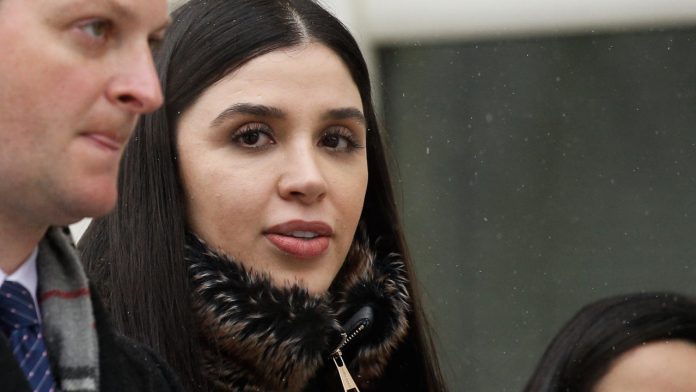 Emma Coronel Aispuro, 31, is facing a charge of conspiracy to traffic cocaine, methamphetamine, heroin and marijuana for import into the United States, it said.

Guzman was the leader of the Sinaloa cartel, one of Mexico’s most notorious trafficking groups, before being extradited to the United States in 2017. He was sentenced to life in prison in July 2019.

According to the Justice Department, Coronel participated in cartel activities and is also alleged to have assisted in two plots to help Guzman escape from the Mexican prison, including the successful first in 2015.

It was not previously known that US authorities intended to arrest her.

A dual American-Mexican citizen and mother of Guzman’s twins, Coronel appeared in court almost every day during her three-month trial in New York.

There were suggestions that she was involved in his business and prison, but the authorities let her come and go freely.

“I can only say that I have nothing to be ashamed of. I am not perfect, but I consider myself a good person who has never hurt anyone knowingly,” she said at the end of the trial.

She is expected to appear at a video conference in the federal district court in Washington on Tuesday.