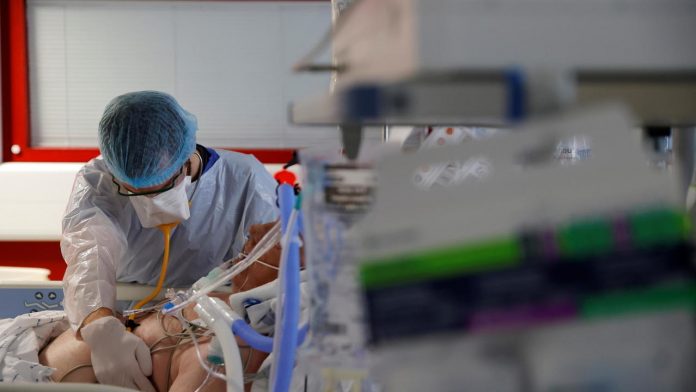 France set a dismal record on Sunday after reporting more than 52,000 new coronavirus cases, raising concerns that greater restrictions may be needed as the country struggles to stem the epidemic.

After crossing the 1 million mark last week, France has now overtaken neighboring Spain as the country with the highest number of confirmed cases in Europe, according to data released by the European Center for Disease Prevention and Control (ECDC) on Sunday.

“We are in a very difficult situation, even critical. There are probably more than 50,000 cases a day. [We] estimates that there are probably around 100,000 cases a day, ”Jean-François Delfraissy, president of the Government Scientific Council (Conseil scientifique), told RTL radio on Monday. “Between diagnosed cases, undiagnosed cases and asymptomatic cases, we are around this number. We are dealing with a virus that is spreading extremely fast. ”

‘We need to return to lockdown’

With intensive care units (ICUs) filling up rapidly and healthcare workers already feeling the strain of another wave, the rise in infections has raised questions about whether France can learn to “live with the virus” – as President Emmanuel Macron recently suggested or whether tougher measures are needed.

In the Paris region, 67 percent of ICU beds are currently occupied by Covid-19 patients, according to the Regional Health Agency (Agence régionale de santé).

“We lost control of the epidemic a few weeks ago,” said Dr. Eric Caumes, head of the Infectious Diseases Department at the Pitié-Salpêtrière Hospital in the capital, France Info radio on Monday. “The virus is so present among us that I think we no longer have a choice, we have to return to lockdown”. We must [do it] to fix things, to stop the saturation of our healthcare services. The longer we wait to make good decisions, the longer it takes to work. ”

Caumes is part of a growing chorus of voices that see no alternative to a lockdown – either in part or otherwise – if the country hopes to regain control of the virus. On Sunday, Jean Rottner, president of the Great East (Grand Est) region, also raised the possibility.

“I am sure we are heading for a lockdown,” the politician and former doctor in the emergency room wrote on Twitter.

Delfraissy reiterated Caumes and Rottner’s comments on Monday, urging the government to either extend the current restrictions to a nationwide curfew with stricter hours or impose a different shutdown.

“[The second option] is to go directly into a lockdown, less harsh than that of March, which would allow for work, obviously at a distance, and continued academic activity as well as the preservation of a certain number of economic activities. It may have a shorter duration and would be followed by specific measures as we could end it with a curfew, ”he said.

Earlier this month, Ireland became the first European country to re-enter the lockdown amid a rise in coronavirus cases. Since then, a number of other countries, including the Netherlands and Wales, have introduced similar restrictions.

Nevertheless, France has hoped that it will be able to avoid such drastic measures. As the economy is already deep in recession from the first wave of the epidemic, the government has made it clear that a return to lockdown is not currently on the table.

“We want to avoid a general lockdown. In any case, we want to find a good balance between the health of the French people and the pursuit of economic, educational and cultural activity, “the country’s Minister of Employment, Elizabeth Borne, told LCI radio on Monday.