Home World With control of the US Senate, all eyes are on Tuesday’s diversionary...
Facebook
Twitter
WhatsApp
Linkedin
LINE 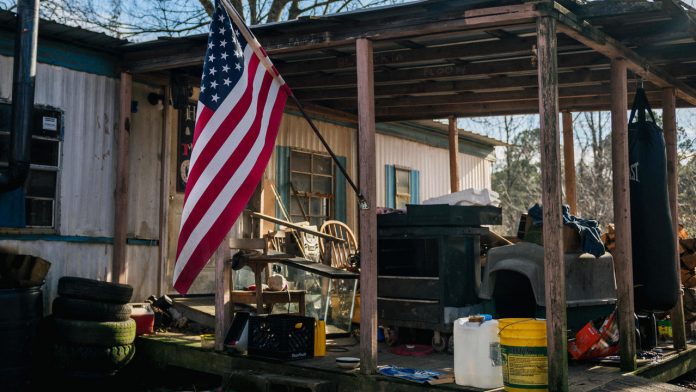 With the dust still not settled after the sound was leaked from a conversation between US President Donald Trump and Georgian Foreign Minister Brad Raffensperger, in which the president asked the latter, a Republican, to “find” enough votes to overthrow his defeat in the state , Georgia is once again in the spotlight. Tomorrow, voters in the southern state will go to the polls in a final election to elect their senators. Nothing less than the balance of power in the upper house of Congress is at stake.

President Donald Trump and President-elect Joe Biden are both set to travel to Georgia on Monday to support their party’s candidates and ultimately, each hopes, secure control of the Senate. Since Republicans currently hold 48 of the 100 Senate seats, if the Democrats win both seats, it will be split 50-50 in the Senate, meaning Vice President Kamala Harris would be the deciding vote at any time where there is a vote, allowing Biden to pursue its agenda with minimal Republican interference. If the Republicans win even one of the seats, they hold a majority in the Senate.

In the first race, incumbent Republican David Perdue, who was first elected in 2014, will face Democrat Jon Ossoff. In the second, incumbent Kelly Loeffler defends her place from a challenge from Pastor Raphael Warnock, a Democrat. Loeffler was appointed to her post in 2019 after her predecessor, Johnny Isakson, retired due to health problems.

While most polls show that the Democratic candidates are moving forward, the results are within the margin of error, so the contests are essentially throws.

If the Democrats succeed in handing out a win, they will probably have Trump to thank. Georgia is historically voting red, and despite Trump’s false claims that he won the state in November, he is the first Republican to lose a state election there in more than ten years. Despite his less than overwhelming popularity there, instead of letting the Republican candidate go ahead with things, he has been a continuous presence.

Saturday’s summons to Brad Raffensperger, first reported in the Washington Post, has Democrats calling for a criminal investigation. Journalist Carl Bernstein, who helped expose the inaccuracies that led to the termination of Richard Nixon’s presidency, said the conversation was “much worse” than Watergate.

Experts said Trump’s actions may be illegal. “The president is either deliberately trying to force civil servants to corrupt the integrity of the election or is so misled as to believe what he says,” Richard H. Pildes, a professor of constitutional law at New York University, told the Washington Post. federal statutes.

Legal or not, Pildes told the Post, that Trump committed a moral crime, noting that the “simple, sharp, terrible fact that we have a president trying to use the powers in his office to pressure government officials to commit electoral fraud to keep him in the loop” office”.

Although several stories have upheld Biden’s victory in the state, Trump continues to insist he won there. Last weekend, he called on Georgia’s Gov. Brian Kemp, who is also a Republican, to resign after Kemp failed to act on Trump’s baseless allegations of electoral abuse.

Republicans fear Trump’s continued false accusations of voter fraud in Georgia could deter Republicans from voting in Tuesday’s election if they believe the result is wrong.

“That phone call did absolutely nothing to help, you know, drive turnout for Republicans here in Georgia, for Kelly Loeffler and David Perdue,” Georgia Lt. Governor Geoff Duncan to CNN. “I was disappointed and honestly, I can not imagine anyone in the staff encouraging that conversation or not advising him to hang up and move on to the next topic.”

Early votes in favor of Democrats

More than 3 million early votes have already been cast in the election, according to the University of Florida’s US election project, which means that turnout is at a record high for a runoff from the Senate, even before the physical polls open on Tuesday.

Traditionally, high turnout in Georgia is good news for the Republican Party. Still, it may very well change this time, analysts say. CNN’s Harry Enten wrote on Sunday that the early votes seem to favor Democrats, with black voters making up a larger share of the turnout than they did at the corresponding point in the general election. Turnout in predominantly white rural areas, which tend to lean Republican, has lagged behind, he wrote.

The real result will be decided tomorrow, and the prize goes to the party that can get more of its voters to the election. Georgia’s Deputy Foreign Minister Jordan Fuchs told ABC News he hoped to get results within two days.

Nse Ufot, CEO of the New Georgia Project, a non-partisan organization that helps register voters, told NPR that more than 30 percent of those who voted early were African American. “I would also like to add that we are looking at 115,000 people who voted in the round who did not vote in the 2020 election,” she added. “And over half of them are colored. And about half of them are voters under the age of 40. ”