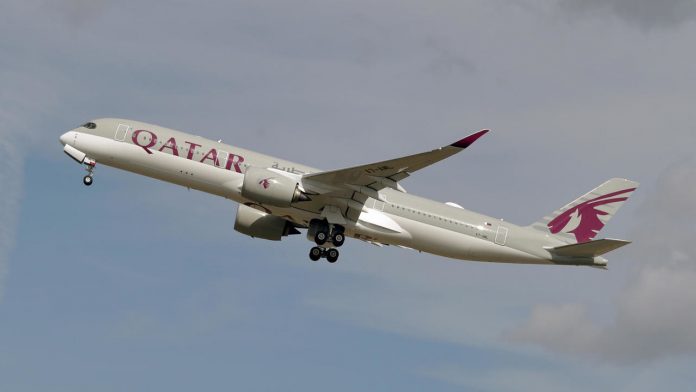 Female passengers on 10 planes flying out of Doha were forced to endure invasive physical examinations, Australia’s foreign minister said on Wednesday as the Qatari authorities expressed regret over the distress the women had caused.

Qatar had already been under enormous pressure after it was revealed that women were removed from a Sydney-bound Qatar Airways flight and forced to undergo vaginal inspections in search of a newborn baby who had been abandoned at Doha airport.

Australian Foreign Secretary Marise Payne then announced on Wednesday that the targeted aircraft were much larger than first assumed.

She told parliament that women on “10 planes in total” had been the subject of searches she had previously described as “grossly disturbing” and “offensive”.

Payne said 18 women – including 13 Australians – on a flight on October 2 to Sydney were hit along with “other foreign nationals”. AFP understands that a French woman on the flight was among them.

She did not detail the destinations of the other planes and added that she was not aware if any Australian women were on these planes.

Frances Adamson, head of Australia’s foreign affairs and trade department, said there was “distress, disgust and deep questioning as to how this may have happened”.

Officials said Australia also worked “very closely” with other countries to jointly express concern with Doha, but declined to name those countries, citing women’s confidentiality regarding the Sydney flight.

Faced with a potentially devastating commercial injury and reputation, the Qatari government on Wednesday released a statement explaining its version of events, promising to ensure passengers’ future “safety, security and comfort”.

“While the purpose of the hastily decided search was to prevent the perpetrators of the heinous crime from escaping, the State of Qatar deplores any distress or violation of any traveler’s personal freedoms caused by this act,” the statement said.

Qatar’s Emir, Sheikh Tamim bin Hamad Al-Thani, had ordered a study and the results would be shared with international partners, it added.

However, the opinion did not specifically specify that women had been forcibly examined, only with reference to a “search for the parents”.

The statement said the newborn baby was found abandoned in a trash can and was wrapped in a plastic bag.

Payne said she had not spoken directly to her Qatari counterpart and that she was “waiting to see the report” on the incident, which she expected to receive this week.

Doha’s Hamad International airport had on Sunday launched an appeal for the baby’s mother to come forward, saying the baby is still unidentified but is “safe under the professional care of medical and social workers”.

Qatar Airways is one of the few airlines that has maintained flights to Australia since the country closed its international border early in the pandemic and restricted the return of its own citizens.

Experts believe the airline may suffer damage to its business, whether it was involved in the incident or not.

It may also have raised Qatar’s efforts to increase its reputation before the Gulf state hosts the 2022 FIFA World Cup.

Doha has invested heavily in its airline, Al-Jazeera television company and social projects that include women’s health and education initiatives.

But the conservative Muslim monarchy, where sex and birth out of wedlock can still be punished with imprisonment, has struggled to reassure critics that its promises of women’s rights, labor relations and democracy are credible.