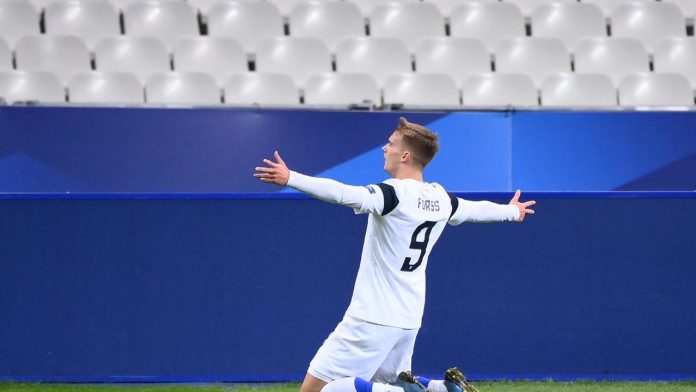 France ready for their upcoming Nations League matches with a shock 2-0 defeat against Finland when their 12-match unbeaten streak ended abruptly on Wednesday.

Marcus Forss and Onni Valakari made the first half of the year to give Finland their first victory against Les Bleus, after losing all their previous eight meetings that went into the match at the Stade de France.

World champions France dominated possession and had the first clear chance when Marcus Thuram’s header crashed on the crossbar, but Didier Deschamp’s side, without the injured Kylian Mbappe, was constantly lacking inspiration.

Les Bleus, whose last defeat was in June 2019 when they lost 2-0 away against Turkey in the European Championship 2020 qualifiers, will face Portugal on Saturday and Sweden at home on Tuesday in league A, group 3 in the Nations League.

Thuram, son of Lilian Thuram, could have made a points debut at the Stade de France – where his father scored the only two goals in his long international career in the 1998 World Cup semi-final against Croatia.

Two minutes after hitting the crossbar, Borussia Moenchengladbach ran forward over another good opportunity from close range and tried their luck with a speculative curling shot a few minutes later.

With Thuram investigating on the left and combining well with striker Wissam Ben Yedder, the French looked in total control only to concede twice in quick succession.

Forss put the visitors ahead towards the game and beat goalkeeper Steve Mandanda from close range with Finland’s first attempt of the match in the 28th minute.

Deschamps replaced Olivier Giroud with Anthony Martial in the 57th minute and the hugely disappointing Paul Pogba with Ngolo Kante, but the changes had little effect.

Finland has now won four of its last five matches.